“Go to the city,” they said. “You must if you want to make it. Think of the inspiration you’ll find. The audience you’ll get!”

Inspiration is plentiful and dreary, audience though… not so much.

People are rushing by, eyes cast down. Sometimes someone lingers, having a smoke or staring into their phone, always far enough not to make contact. The wind is harsh in his regular spot between the museum and the mall, sweeping the tunes away. His fingers are sore, the solos sluggish in the cold, and the few coins in the coffer won’t even pay for dinner.

He doesn’t want another lonely dinner. He just wants them to listen. Sometimes he wants to scream.

It has power, yes. Power nurtured by the hills of his homeland, by the faces of family and the wisdom of friends. The city, that’s just concrete canyons and indifference.

He will not make it. He doesn’t want to. He will go home.

Written for the FFfAW Challenge-Week of March 21, 2017
173 words
Photo-prompt by Sunayana MoiPensieve. 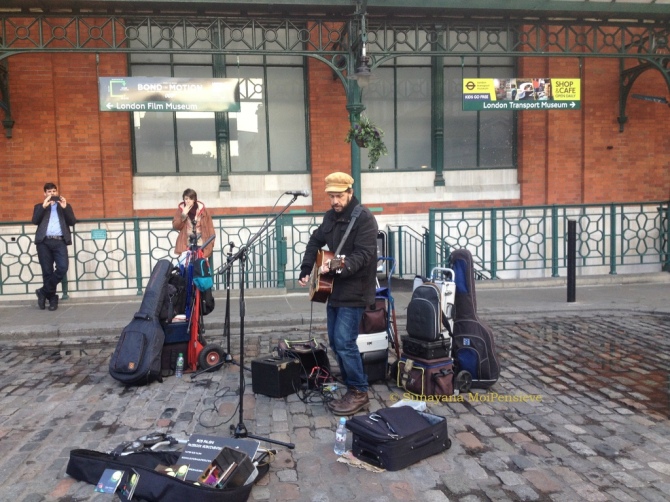